A day at the beach with Officer Anthony

Last Sunday, while you were enjoying your Mother's Day, Officer Anthony Giorgio was also. He was off-duty and enjoying a postcard perfect day at Johnson Beach with his family. As he was packing up to leave, he heard yelling. Not the kind of yelling that indicates fun and frivolity, but the desperate, terrified screams that accompany near-panic. He turned and saw that four kids were caught in a rip current.

Now most of us here have experienced this to some degree and at least have the head knowledge of what to do. But remember, we're talking about kids from out of town. They were panicking. And sinking in the kind of current that pulls you out just far enough to get waylaid by incoming waves. Over and over and over.

Bystanders tried to form a human chain to reach them, but they were "about half a football field out". That's 50 yards, 150 feet. There just weren't enough people. One adult had gone in the water to get the kids, but now she was struggling too. You've heard this story way too many times before and you know how this could have turned out.

Officer Giorgio pretty quickly assessed just how bad this was about to get and took off at a dead sprint. He entered the water along with another man, Coast Guard Boatswain's Mate 2nd Class, Reece Raxter. They fought the chop and rip current to reach the flailing kids. Officer Giorgio grabbed one kid, who was in and out of consciousness and swam him to shore. He then went back into the gulf and grabbed another child, and brought him to shore with the help of an unknown man. Remember, this is fifty yards out.

For comparison, this afternoon, go sprint 100 yards on sand, swim fifty yards a couple of times, and then 100 yards more while carrying another human. You get the picture. Giorgio was gassed, but not done.

One of the adults that had gone in initially to get the kids was now in trouble. Giorgio launched himself into the gulf one more time, and along with BM2 Raxter, two others, and a kiddie float, brought the woman in safely.

Back on the beach, Giorgio and others started first aid and were relieved to see the Park Rangers and Escambia Fire Rescue show up.

We spoke with Officer Giorgio, who realizes just how wrong this all could have gone, not just for the victims of the near-drowning, but also for himself. He has people that count on him too.

The next day, Officer Anthony Giorgio was back on his post as a School Resource Officer at Pensacola High School. We heard talk and called him. Then we called the Park Service, the Coast Guard, and the Fire Department just to make sure that we stay faithful to the facts. That is what's above.

Giorgio is quick to deflect attention. Many others played important roles too; Harvard shirt guy, former lifeguard guy, blonde nurse, Greg's son, and white beard guy. He didn't get their names, but thought it was important that you knew about them.

Thank you doesn't seem adequate, but that's all we have. So thank you Officer Anthony Giorgio and BM2 Reece Raxter and so many others for keeping someone's Mother's Day special. Well done, gentleman, Well done. 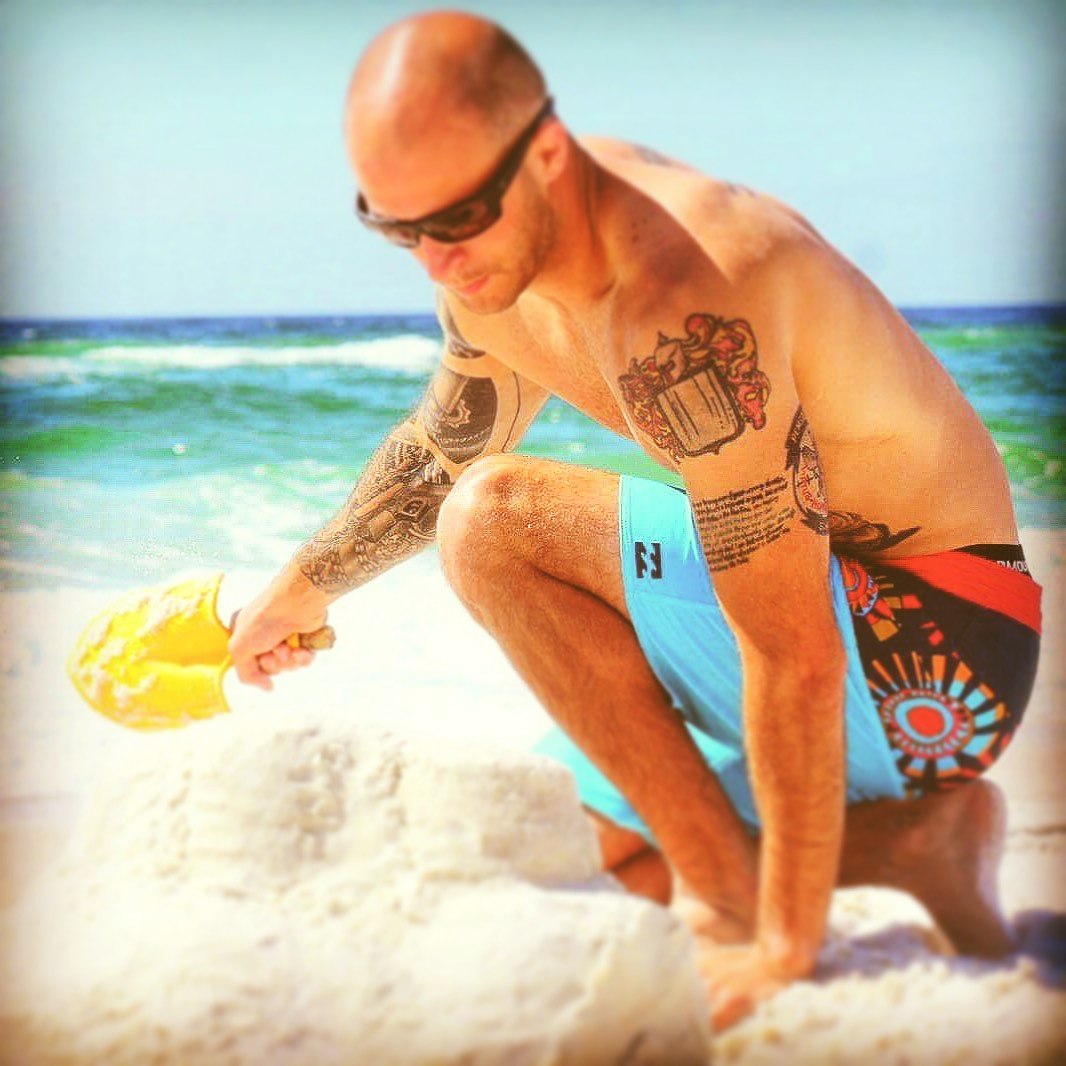 Pensacola Police DepartmentPlenty of comments on FB too.

Submit your story for our summer camp students!