Music of the Heart (movie)

Plot from the Hollywood Movie

In 1988 New York City, Roberta Guaspari, a recently divorced violinist, lives with her two sons, Alexi and Nicholas Tzavaras, and her mother, Assunta Guaspari. With Assunta's encouragement, Guaspari attempts to rebuild her life and is recommended to the head teacher of East Harlem's Central Park East School.

Despite having little experience in actual music teaching, she accepts a substitute violin teaching position at Central Park East. With a combination of her toughness and determination, she inspires a group of children, and their initially skeptical parents. The program slowly develops and attracts publicity, eventually expanding to Central Park East II and River East Schools.

Ten years later, the Central Park East, Central Park East II and River East School string programs work with the New York City Board of Education to help eliminate funding for the programs, which leads to Guaspari's early dismissal. Determined to fight the budget cuts, she enlists the support of former pupils, parents and teachers and plans a benefit concert, Fiddlefest, to raise money so that the program can continue. But with a few weeks to go and all participants furiously rehearsing, they lose the venue. However, Arnold Steinhardt, the husband of a publicist friend, is a violinist in the Guarneri Quartet, and he enlists the support of other well-known musicians, including Isaac Stern and Itzhak Perlman. They arrange for the concert to be mounted at Carnegie Hall.

In the epilogue, descriptions show Guaspari and the Opus 118 program's activities after the events in 1991. 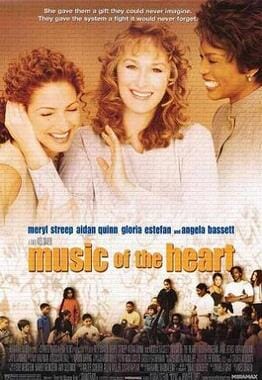