Like many kids, Texas A&M freshman breaststroker Alex Sanchez learned to swim as a young kid when his mother brought him to swim school so the toddler could learn the basics. Unlike many of his teammates, he remembers being told it was not something he enjoyed all. Having those basic skills paid off when Sanchez reached middle school and made the decision to give competitive swimming a chance for the first time in his life. Just looking for a new physical activity when joining the recreational team in his hometown of Plano, Texas, swimming brought on changes and accomplishments Sanchez never saw coming.

Sanchez stayed in swim school long enough to pick up the survival skills as a young kid and moved on to different things. He played t-ball when he was young and was a relatively busy kid, playing games in his neighborhood with his younger brother and classmates that lived nearby. In middle school he picked up basketball, but a chronic foot issue made the game difficult for him and left him searching for a new activity when he didn’t have orchestra after school.

His mom suggested picking up swimming due to the lower impact on the feet and knees. He joined the Plano Aquaducks through the town’s recreation department and was impressed with the sport right away. An unlikely build for the sport of swimming, Sanchez began quickly dropping weight from his 5-11, 210-pound frame and he soon saw results in the pool as well.

In his first meet the summer before he began high school he earned two ribbons for first place and much to his surprise he made the varsity team at his high school just months later. Admitting he was likely the slowest person on the team, he knew he had a long way to go, but the consistent progress kept him committed.

Sanchez was dropping time nearly every time he was in the pool and saw his body getting leaner as well. With the year-round swimming schedule, he got down to 170-pounds by his sophomore year, which was when he switched club teams and joined Metroplex Aquatics. After the switch and continued improvement he realized there was an opportunity for him in swimming beyond club and high school competition. As a junior he began to reach out to schools and his first call was to Texas A&M, enjoying the fact that it was somewhat close to home and being impressed by the rise the program was on and how the student-athletes were able to improve through their careers.

Sanchez got his first choice and signed with the Aggies in the fall of 2019. Although his final high school season didn’t go according to plan with the pandemic cutting things short, he was still looking forward to the next step. After a few months of having to get creative with workouts he was finally able to get back in the pool to make up for the lack of summer competition ahead of his college career, but when he arrived on campus he wasn’t as excited as he once was. Not having the chance to truly compete for months and not seeing his normal time drop progressions immediately, he hit a road block early on.

“At the beginning of this year I had doubts,” Sanchez remembers. “I was unmotivated. I have other goals, I wanted to do well in school. I was talking to Jay [Holmes] and Jason [Calanog] at the beginning of the year and told them I wasn’t really motivated, I wanted to do school work, I felt like this wasn’t for me. They helped me through it, they talked to me about the support staff and all the resources and said they were here to support me. And I decided to give it a shot.

The spark was back for Sanchez once the season arrived and his love for competition only grew. He got back to feeling like he was capable of closing in on his goal times through the first few dual meets and remembers feeling very accomplished after his first chance to taper and race at the Art Adamson Invite. Although he didn’t knock down any of his lofty time goals he knew he was improving and on track.

Sanchez earned the opportunity to compete for the Aggies at SEC Championships, a stage much different than he was ever on before. Not only was he there for himself, to perform well and prove he deserved to be there, but for the first time in his career he faced the added pressure of scoring points for his team. He described the nerves and pressure he felt heading to the starting blocks for the first time, but he didn’t disappoint. He advanced to finals and added points for the Aggies in all three events he competed in, finishing as high as 10th in the 200 breast. 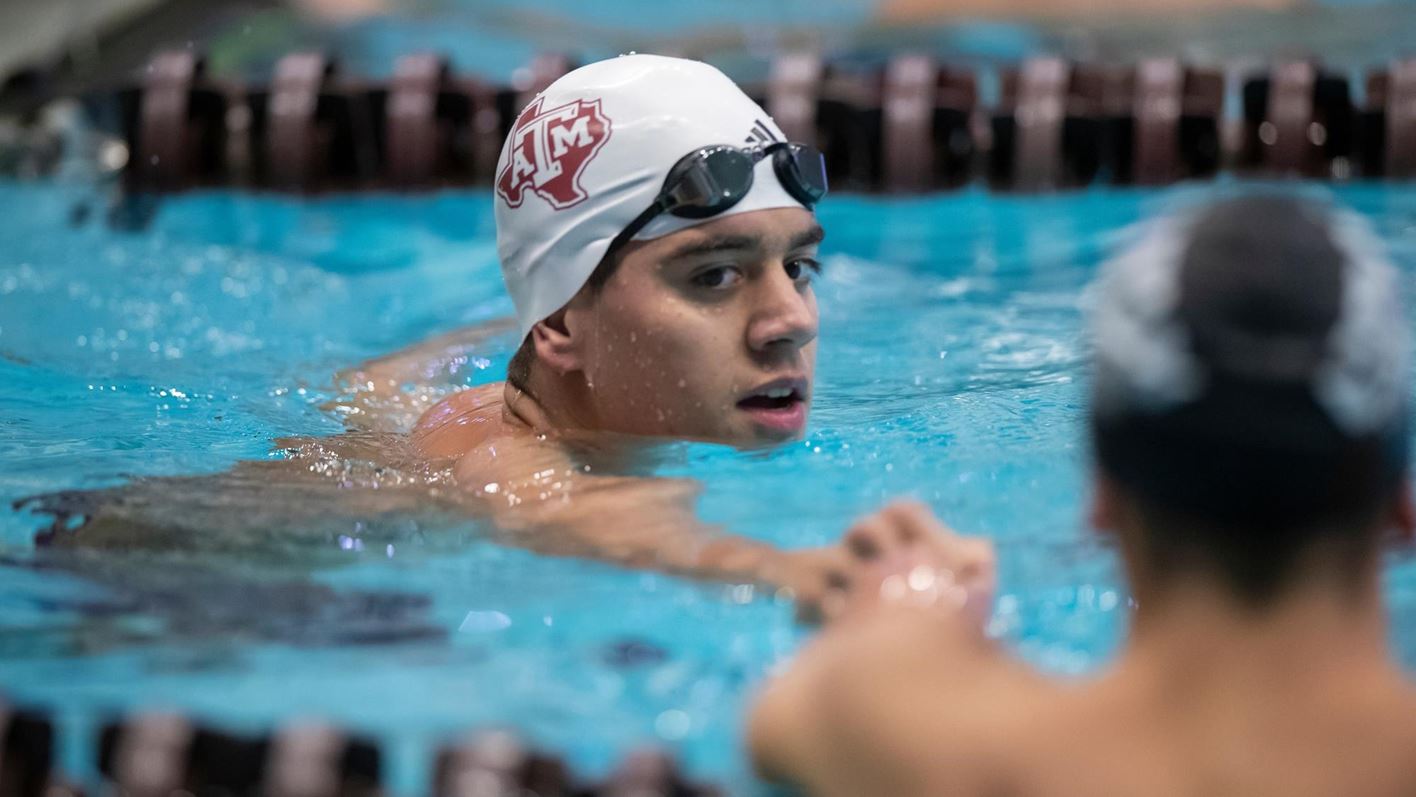 On ramp for the lake makes launching easier

On ramp for the lake makes launching easier

NFL Guard for Dolphins champions message of learning to swim