The Sun has stronger gravity than the Moon, yet it is the Moon's gravitational pull that causes tides. What could be the reason for this? 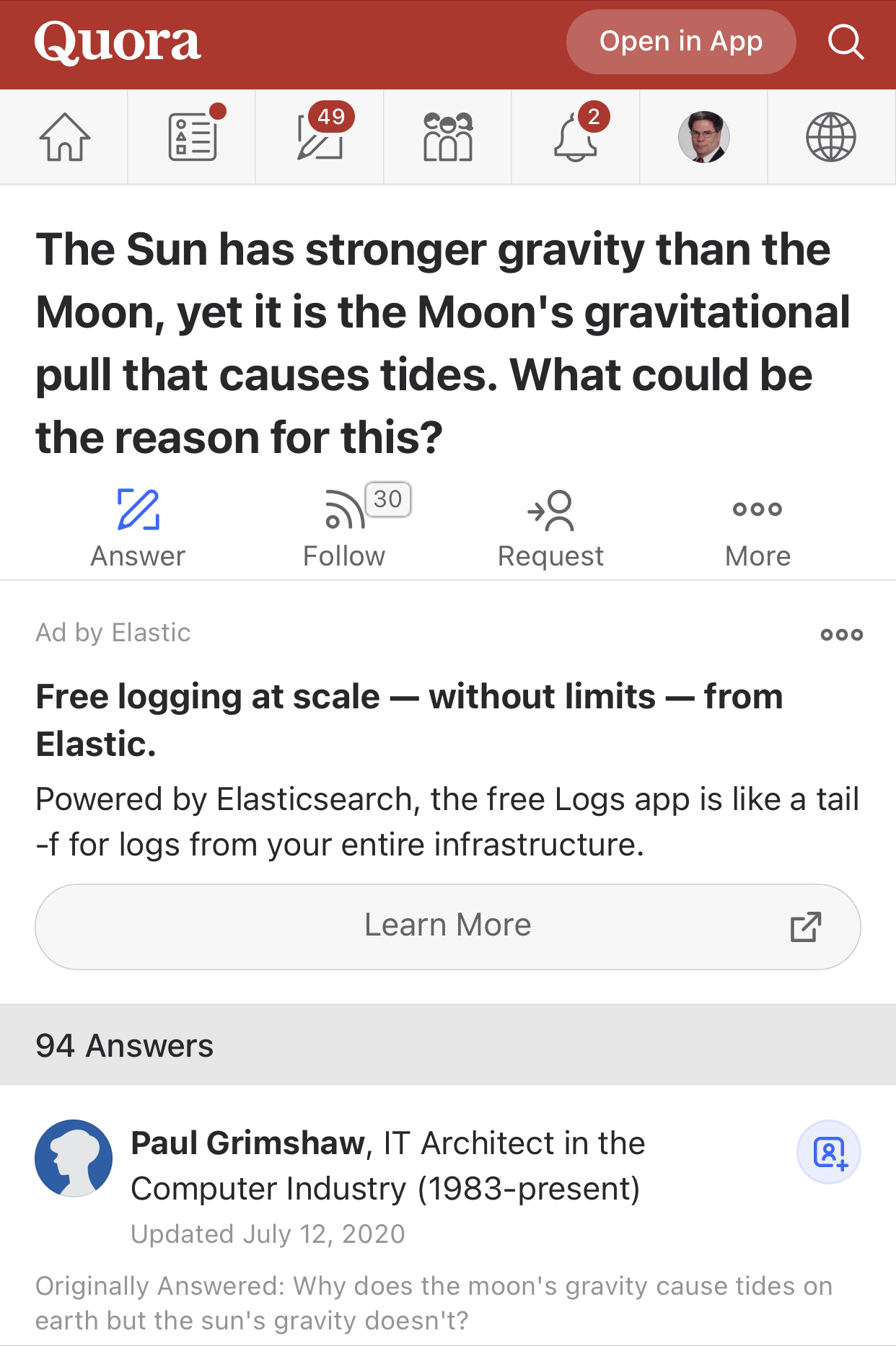 In the town of Chalkis in Greece, capital city of the island of Euboea, there is a narrow strait between the island and the mainland, known as ‘The strait of Euripos’ (Το στενό του Ευρίπου). 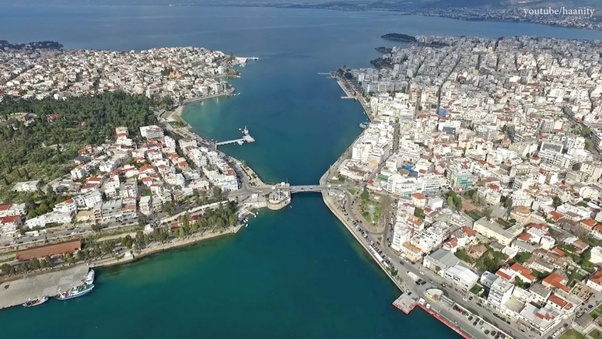 A strong tidal current forms along the strait, whose direction and strength is dependent on the position of the moon. 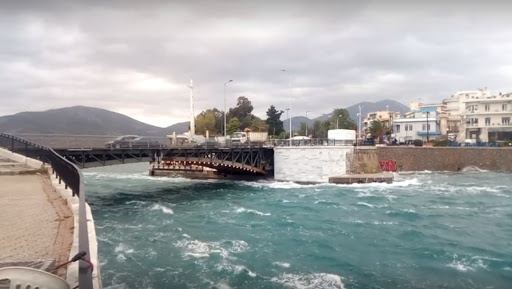 The mobile bridge can only then be opened to let ships pass by, when the waters calm during the change of direction.

The phenomenon is due to the difference in level between the North Aegean Sea and the South Aegean Sea, caused by the movement of the Moon.

It is said that Aristoteles, who lived the last years of his life in Chalkis and died there in 322 BCE, was utterly desperate that he could not give an explanation for the phenomenon.

To come back to the subject of the sun’s gravity pull:

The locals in Chalkis have noticed, that at New Moon and at Full Moon, when the Sun, Earth and Moon are aligned, the movement of the waters through Evripos’ Strait is regular with change of direction about every 6 hours. 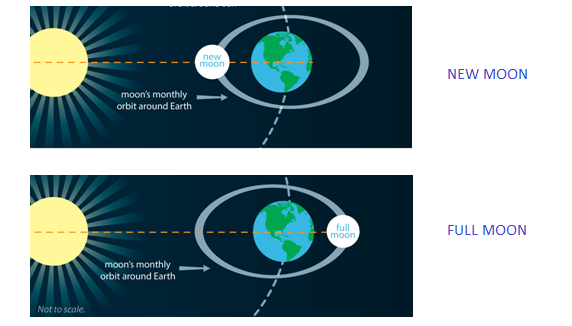 All other times, when the Sun is at an angle to the axis Earth - Moon, the movement of the waters becomes irregular and unpredictable.

Paul Grimshaw is a beast at answers on Quora

The premise is incorrect. Not only does the Sun influence Earth’s tides, its impact on them is almost a half of that of the Moon.

Let’s first understand how the Moon causes tides. It is indeed because of the Moon’s gravitational pull on Earth, but if it were as simple as this then you would expect the Moon to pull upwards on the sea on the side of the Earth facing the Moon and downwards (through the Earth) on the side opposite. But this would cause a massive tidal effect once a day as Earth rotates, instead of a relatively small effect twice a day. So it can’t be this simple.

Instead what’s actually going on is the balance of two forces. To understand this in the case of the Moon you have to understand what’s really going on with the Moon’s orbit. The Moon doesn’t actually orbit the centre of Earth with Earth staying still, but instead both orbit each other around their common centre of mass at a point between them called the orbital barycentre.

This barycentre is actually inside the Earth, around 2/3rds of the way from the centre towards the Moon. It’s at the origin where the axes cross in the picture above. The Moon’s orbit around this is the purple dashed line, and the Earth’s orbit around it is the blue dashed line. The diagram is to scale with the exception of the distance of the Moon from the Earth, which is actually around 10 times the scaled distance that I’ve shown.

Now critically Earth’s orbit around this barycentre creates a centrifugal force on the Earth, which for the centre of the Earth is balanced by the Moon’s gravitational pull on the Earth. That’s what keeps the Earth in this orbit. But if you think about it then every point on Earth is going to experience the same centrifugal force, in the direction away from the Moon. (Note that the Earth is orbiting around the barycentre but not rotating with the orbit. This is different from the Moon for example which rotates in step with its orbit around the barycentre, and so keeping the same face towards the Earth.)

However although the Moon’s gravitational force balances the centrifugal force at Earth’s centre, at points on the Earth further from the Moon the gravity will be slightly less due to the increased distance, resulting in a net force away from the Moon as the centrifugal force wins. Similarly on points closer to the Moon the Moon’s gravitational force wins, this time giving a net force towards the Moon. I’ve illustrated this imbalance with the blue and purple arrows, although the difference in the size of the purple Moon gravity arrows is highly exaggerated.

So it’s the difference between these mismatching forces that causes the tides on Earth. The difference depends on the strength of the Moon’s gravity together with how much the Earth’s radius increases or reduces the distance from the Moon. The calculation for the net gravitational impact at the closest and furthest points on Earth relative to the Moon is:

So what about the Sun? Well it’s exactly the same reasoning except that in this case what we’re interested in is the imbalance between the centrifugal force on Earth of the Earth’s orbit around the Sun (strictly the Sun-Earth barycentre but the difference here is negligible) and the Sun’s gravity on Earth. The worst case tidal impact of the Sun is therefore:

So contrary to the premise in the question that the Sun has no tidal effect, in fact the Sun’s tidal influence on Earth is equal to around half that of the Moon[1].

(Some people may be surprised by this. The calculation above actually simplifies to equal approximately the influencing body’s gravity on Earth times the ratio of Earth’s diameter to its distance from the body. So the reason that the Sun’s tidal influence is so large despite its relatively large distance from Earth is that Sun’s gravity on Earth is also so much larger than the Moon’s, at around 0.006 m/s², due of course to the Sun’s relatively huge mass.)

In practice it is the Sun’s tidal effect that causes most of the large variation in tides at different times of the month, with the large ones where Sun and Moon work together being the spring tides and the small ones where they work against each other being the neap tides.